Health At Every Size 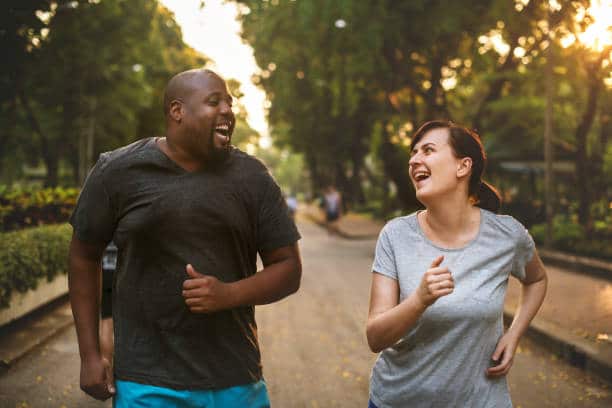 Health At Every Size

Did you know that health looks different on everybody? Health At Every Size (HAES), as a movement supports size diversity and challenges the weight bias characterized by diet culture. HAES emphasizes that health does not have a certain look, therefore health cannot be determined based on your body weight. Instead, HAES promotes healthy behaviors such as healthy eating and exercising instead of focusing on body weight. Therefore, this movement creates a safe and positive environment for people to not feel judged on the basis of how they look.

The importance of the HAES movement

In our last episode, we talked about food language for a healthy relationship with food while keeping up with family traditions. Individuals should practise responding to their hunger cues or practise mindful eating rather than being in control of your food. While food and exercising are important for overall health, emotional and mental health are equally important. Health does not only comprise physical attributes but the mental and behavioral health of individuals as well.

This is where Health at Every Size comes in handy. HAES promotes healthful behaviours for the inherent health benefits gained from those behaviors. Examples of healthful behaviors are exercising, practising yoga, jogging at a park, preparing wholesome meals at home and the list goes on!

HAES have helped many people by engaging them with healthful behaviors. This positive approach as opposed to weight bias, adds motivation and encouragement for others to live a healthy lifestyle. Whether you have a naturally bigger or smaller body frame, everyone deserves mutual respect and to eat delicious and nutritious foods. Therefore, health at every size supports all body types and body positivity for all while promoting health effectively.

Why is weight bias in society a problem?

Weight bias is a negative perception and a social stereotype that individuals tend to internalize.  Research have shown that overweight individuals often have the same eating habits as their leaner counterparts. Yet, the public singles out based on their body weight and size. People who are either overweight or obese commonly experience weight bias. However, one’s size does not reflect one’s eating habits nor overall health.

Weight bias has become normalized in society for many decades now. People start assuming that the basis of one’s health is tied to their body weight when science based evidence document the various health complications arising from obesity. At the same time, the prevalence of social media users that promote “thinness” as the ideal body type gave rise to the hallmark of beauty standards. The popularity of social media encouraging unrealistic body goals skewed the public to frown upon those who suffer from obesity and believe that obese individuals brought the disease upon themselves from overeating. Therefore, many people internalize the preconceived idea that losing weight is a health benefit. This had led to common societal assumptions that justify weight bias against heavier weighted people as a tool to motivate them to adopt healthier lifestyles.

How effective is dieting for weight loss?

Society emphasizes dieting the ultimate tool to improve one’s health. On the contrary, this study demonstrated that the restrictive lifestyle of dieting and the weight bias towards being overweight has shown to have the opposite effect on individuals. The authors explained how weight bias may result in psychological issues. Namely, higher stress levels, anxiety and eating disorders are the few known side effects from weight bias and dieting. This is because increased psychological stress influences negative eating habits leading to the development of eating disorders and other mental issues.

The idea of “healthiness” eventually circles back with dieting. The pursuit of weight loss goals through dieting have proven to be unsustainable and will ultimately lead to food obsession. Therefore, not only is weight bias ineffective but counterproductive to those who are trying to improve their health.